100 Years of the Sanremo Resolution 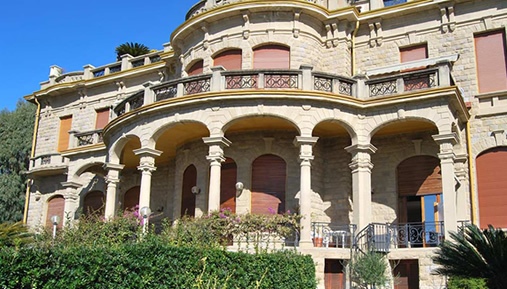 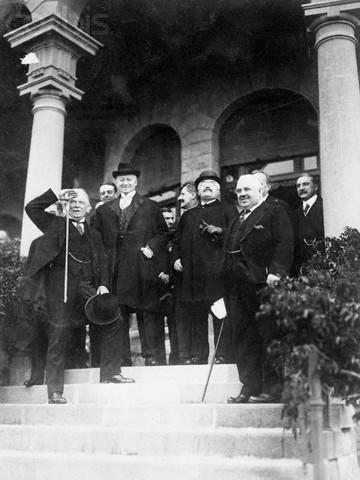 For information, articles and links on the 1920 Sanremo Resolution and centenary celebrations:

Marking 100 Years of the Sanremo Resolution

Just months ago, on April 26th 2020, world leaders and Diplomats celebrated the 100 years of the “momentous” Sanremo Conference and Resolution of 1920. The historic event was described by Lord Curzon as “Israel’s Magna Carta”, and hailed by Chaim Weizmann as “the most momentous political event … it is, perhaps, no exaggeration to say in the whole history of our people since the Exile.”

Two years later in 1922, the League of Nations — the precursor to the United Nations — unanimously and officially ratified the Resolution and enshrined it in international law, which remains binding and applicable today under the UN’s own charter. It is worth remembering that, when the victors of WW1 – the Supreme Council of the Principal Allied Powers – the UK, Italy, France, Japan and the US as ‘International Observer’, who were also the leaders of the World Court of the day, when they offered submissions for the vast Middle-East territories which they had just conquered following the defeat of the Ottoman Empire, the Arab delegation under King Feisal made no claims to the land of Israel, nor to Judea and Samaria, nor to Jerusalem. Rather, King Feisal offered Theodore Herzl and the Jewish people their full support and blessing in their request for the re-establishment of their ancient homeland, so-called ‘Palestine’, based on their more than 3,000 year historical connection to the land.

The Sanremo Conference of 1920 can and should continue to be celebrated by both Israeli and Arab peoples across the world today, since it was here that the entire map of the Middle-East was re-drawn, where the 21 Arab nations were created under international law, and where Israel was “re-constituted” in her former ancient territory under the same international law – of further celebration was the guarantee that the “civil and religious rights” of the non-Jewish population in Israel would remain safeguarded. And so, the 1920 Conference, the 2020 centenary, and this, the 101st year, serve as important reminders that it was in Sanremo Arab nations and the modern State of Israel bacame firmly anchored in international law.

On April 26th, 2020, we were delighted to have heard from several special guests on the historic, political and spiritual significance of this milestone event, including from: Israeli Ambassador to the UN, Danny Danon; Israeli Ambassador to Italy, Dror Eydar; pre-eminent world expert in International and Middle-East law, Professor Eugene Kontorovich; CBN Middle-East Bureau Chief, Chris Mitchell; Behold Israel President, Amir Tsarfati; award-winning film-maker of “Whose Land”, “The Destiny of Britain”, “The Forsaken Promise”, Hugh Kitson. You can hear their messages in the archives below.